First off, apologies to long-term followers of this blog. I took a sabbatical; a religion-inspired sabbatical during which I travelled to Israel to discover my inner self and to rebuff the advances of gay goat herders. Okay, I lied about the religion, but I’ll always have fond memories of that goat herder and his love of Coronation Street.

I’m now back, ready to caress all your pretty little heads and put baby powder on your smooth little bottoms. But I am actively keeping my new travel blog updated and I am currently fully-occupied with work four days a week, so posts might be somewhat few and far between. Sorry! 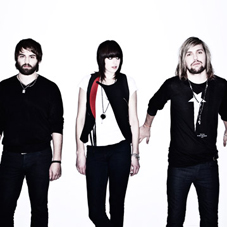 Anyway, a couple nights back I went to see Band of Skulls at The Junction in Cambridge. I’ll state right here and now that I don’t like Band of Skulls. I tried listening to their first album but swiftly dismissed it as being entirely generic, albeit with a few decent songs, so if you do love ’em and feel I’m being harsh, please go away. I’m not impartial and I’m not pretending to be.

You’re probably wondering why I even went to see them, which is a fair enough thing to wonder in these circumstances. Well, I went for two reasons. One, it had been far too long since I’d been to a gig. Two, my dad really wanted to see them and had no one to go with, bless him, and as he was paying, I couldn’t resist.

The Junction is a great venue usually reserved for bands who are just not famous or classy enough for the Cambridge Corn Exchange, bands like 90s Brit-pop starlets The Bluetones, who I will continue to plug at every opportunity despite them no longer touring. On the flip side, Stereophonics played the Corn Exchange a month or so ago.

That’s not to say The Junction is a worse venue; it just caters to different tastes. Indeed, the “unplugged” Athlete set of last year is one of the musical highlights of my life. As a venue, I do recommend anyone to come pay it a visit.

But as for the Band of Skulls performance, I have to say it’s the first time in my 23-and-a-half years that I’ve ever gone to a gig and thought to myself, “My feet hurt. When do I get to sit down? What time is it? How is it only ten o’clock? Wait, what’s this — Oh man, I’m actually yawning while that guy is rocking out with his guitar solo.”

If you’ve not heard of Band of Skulls, they’re an English rock band and…and I really don’t know what else to say about them. They’re nothing special. The guitarist can play guitar, the drummer can play drums, and the bassist, err, isn’t actually that good at bass. Okay, she can play bass, she just doesn’t stand out or show off like the other two. She’s got a good voice though.

They have some decent songs – “Death by Diamonds and Pearls”  is catchy and fun – but they’re few and far between. The guitar-playing and the drumming is easy to appreciate (and wakes you up), but there are too many lulls, epitomised by the general persona of the guitarist when he’s speaking to the audience.

I don’t know if I’m alone in this, but I need my front-man (or -woman) to have some kind of charisma. I want them to tell a joke, or a story, or hell, launch into a speech about the state of society for all I care…but I need something. Russell Marsden takes about ten seconds after every fifth song to say something like “Uhh, this one is from our new album. We haven’t played it much,” and then gets right into it. It smacks of someone who doesn’t care. Maybe he thinks he’s not as famous as he should be or he’s bored touring or he’s stoned, I don’t know, but show some effort. 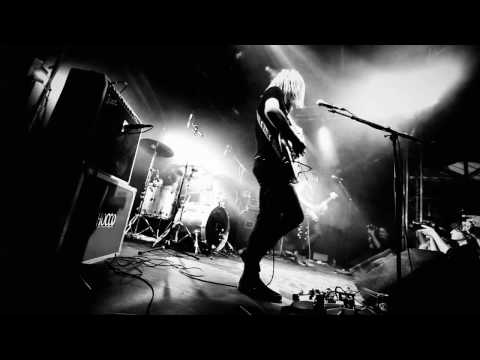 When they get into it, they’re great, and the crowd loved them.

So no, it wasn’t the best gig in the world. My dad loved it though; it was like looking at a version of him from thirty years ago. Cute.